The Big Problem with Little Lies 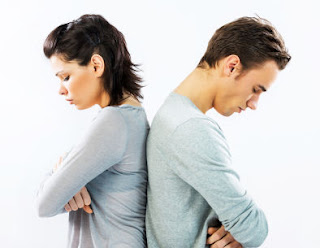 There is nothing more that I hate than when my husband lies. I’m not talking about big lies. I’m talking about small ones, like if he paid the phone bill on time or mailed something I asked him to. Tiny, seemingly inconsequential lies that come out of the mouth like a burp-a stinky reflex that one claims they have no control over. Some of you may be wondering, what’s the big deal? So spouses fib every once in awhile to keep the peace, so what? The big problem with constantly telling little lies is that eventually, with each lie, your word crumbles in the eyes of your spouse. Once a person’s word loses its worth, the respect one has for each other goes with it, as does the trust.


Think about a wall. Picture it in your mind. It’s tall and strong, made with whatever infallible material you want. There is no bringing down this wall because it has a solid foundation. This wall represents your marriage. Fibs are tiny cracks in the wall. From afar, you don’t even notice the cracks. You think the wall is strong and can withstand anything. Then, as you approach it to get a better look, you realize with every tiny fib, more and more of the wall cracks and loses stability. A big lie would create a big hole- you can clearly see the problem, and you can usually fix it, if the wall is worth saving. Try repairing a wall with thousands of small cracks. Not only is it close to impossible, but even if you are able to repair the cracks, you may begin to distrust the original integrity of the wall. You question its strength and ability to withstand hard conditions.This is what can happen in a marriage when someone is constantly lying to the other over petty things. It may not seem like it, but that person is slowly and painfully chipping away at the foundation of love, commitment, and truth that the marriage is meant to maintain. From afar, the relationship may look unbreakable, but in reality it is one major crack away from crumbling. Once it crumbles, it may be too difficult to collect all of the pieces to rebuild.


So, what can you do to deal with this issue? I believe the best way to handle this is to figure out why the lies are happening in the first place. This is a time for both people in the marriage to take accountability for what is happening. For me and my husband, the problem is twofold: I can overreact when things don’t go as planned, and my husband hates conflict. So, when an issue arises where he may have to tell me something that could cause a conflict, and deal with my drama, he may lie instead to pacify the situation. Once we figured this out, it meant that both of us had work to do. Now, I am sure it’s obvious, but it should be stated that my only expertise on this matter is that of my own marriage. But, I’ve spent plenty of girls’ nights with friends to know this is an issue in many marriages. There are times when it is still a problem in mine as well; however, it has exponentially improved once we figured out what the underlying issues were.

Lying is a slippery slope. It may seem like an easy fix in the moment, a way to avoid an argument or disappointment, but it creates a harmful lasting impact. The big problem with little lies is you may never know the damage you are causing. The slow breakage of  trust and respect between you and your spouse, even when unintentional, can create a situation that can’t be fixed. If you are going to take one thing from this post, it’s this: Both people must accept responsibility and agree to work towards total honesty if lying is an issue in your marriage. Once you sit down and figure out why the lies are happening, you can start to rebuild the foundation of trust and love that brought you two together in the first place.
Posted by Unknown at 12:00 PM